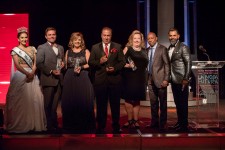 Following an emotional year, the people of Houston respond with an overwhelming amount of generosity by raising funds for those affected by Hurricane Harvey

HOUSTON, December 13, 2017 (Newswire.com) - ZT Wealth and Altus Foundation held their annual Toast To Living Well Gala at the beautiful Hilton Americas in downtown Houston this past weekend with 1,500 people in attendance. The theme “La Moda Futura,” meaning Fashion of the Future, encouraged guests to reach out of the ordinary and find attire inspiration in futuristic designs, light and modern art. The lively theme gave guests an exciting look towards ZT Wealth’s rapid global development and growth.

La Moda Futura is more than a theme but is also a nod to the 20th anniversary of ZT Wealth, founded by Chairman and CEO of ZT Wealth Group of Companies Taseer Badar. Badar spoke at the start of the evening and introduced ZT Wealth’s rebranding, which ignited excitement among those present for what the future may hold for the firm, founded in 1997. Badar’s speech marked a solid start to an unforgettable night. In addition to the enthusiasm the gala presented, Mayor Sylvester Turner officially proclaimed Dec. 9 “Toast To Living Well Day” in the city of Houston.

For the first time, through Altus Foundation’s campaign Operation Houston Strong, classic designer names and ZT Wealth combined in their efforts to help victims of Hurricane Harvey and raised funds during a fashion silent auction introduced at the gala. The auction highlighted fashion items from shops found on Rodeo Drive such as Louis Vuitton, Giorgio Armani, Prada, St. Laurent, Ralph Lauren and other big name brands.

Additionally, as part of Operation Houston Strong, the donations made for the entire evening will help provide crucial medical services to those needing assistance after experiencing the devastating effects of Hurricane Harvey. Mayor Sylvester Turner will also help refer patients affected by Harvey to Altus Health so that they may seek the medical services and treatments they desperately need.

After a silent auction full of luxury designer items, memorabilia and other amazing finds, attendees and local influencers sipped champagne and indulged in light bites while Mayor Sylvester Turner awarded one of the city’s heroes for their efforts during Hurricane Harvey. Houston police officer Norberto Ramon was given the Harvey Hero Award for his acts of bravery and courage during the natural disaster. Also awarded for their Hurricane Harvey efforts were some of Altus’ ER locations including Baytown, Lumberton and Lake Jackson. These facilities were the only ones in their area to open their doors in order to help provide shelter and medical assistance during Hurricane Harvey.

Along with some of the city’s finest and Altus ER facilities, Astros first base coach Alex Cintrón and legendary Astros pitcher Dallas Keuchel were both presented with awards congratulating them for earning history during the 2017 World Series Championship. Other notable guests included athletes Whitney Mercilus, Chris Clark, Ephraim Salaam, Chester Pitts and Travis Johnson, as well as TV personalities Jennifer Reyna, Kaitlin Monte and Chita Craft. Miss Pakistan 2017 Hira Khan was also in attendance at the Toast To Living Well Gala. To conclude the night, and after much anticipation, the raffle drawing took place and chose a winner for this year’s all-new 2018 BMW 320i, provided by ZT Motors.

About the Altus Foundation

Founded in 2011, the Altus Foundation helps individuals from across the Houston/Gulf Coast region receive the healthcare treatment they need. From payment assistance for cancer and hospice patients to educational events and health screenings for local communities, the Foundation's goal is to provide resources to make a difference in the lives of others. 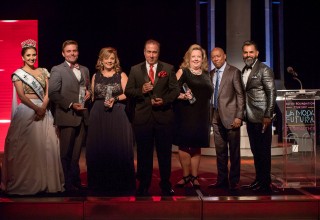 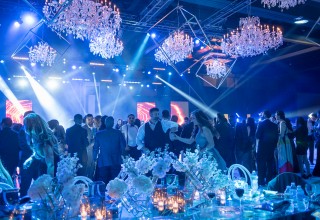 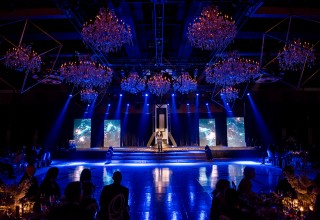 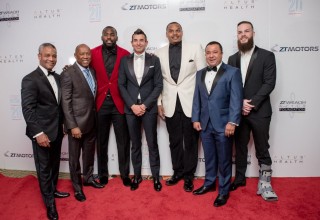